Most wild animals are much easier to catch than shoot with a gun, especially when it comes to miniature fur-bearing animals when it is challenging to shoot them with the weapon.

Therefore, it is much easier, more profitable, and more effective to apply appropriate traps for wild animals. Functional accessories don’t require significant experience or skills to use — fundamental knowledge of where and how to install them is sufficient.

A Brief History About Humans and the Use of Traps

The vast history of humankind is inextricably intertwined with hunting. Even though human society has developed, hunting has ceased to be an obligatory attribute of the civilized world. It has not disappeared into oblivion. On the contrary, it has evolved, and obtaining food has developed into entertainment and even sports.

Hunting strategies and objectives have changed:

In a generalized chronological period, the history of the hunt looks like this:

Even though hunting with traps is the most humane way of catching an animal, not all hunters rigorously support the elementary principles of their application. In particular, traps can provoke significant physical injury to the creature. Therefore, it is necessary to control the equipment for catching animals constantly. Otherwise, the suffering of the animal can be prolonged.

If necessary, you can set not one but several traps in a particular area for catching wild animals. Accurately installed equipment will help you achieve results from the first day after installation. Since animals can be both daytime and nocturnal, the optimal time to check for traps is the first and last rays of the sun. You should better bear in mind that an effective animal trap must be very sensitive, so it may well be triggered by accident.

Trapping wild animals is viewed by many as an ethically questionable method of hunting. Most of the controversy on this topic occurs due to a lack of mutual understanding between the parties and a lack of objective information.

Among the fundamental principles of hunting standards:

What are the patterns of behavior for a hunter when he is on hunting grounds? First, it must be mentioned that a genuine hunter constantly treats wild animals with respect. What does it mean? A hunter should not take advantage of the plight of animals and birds for their prey, for instance, during floods, icy conditions, cutting snow crust, drought, when animals gather at a single source of water, and in other comparable situations. A real hunter will not shoot at shedding birds, incapable of flying, lambs, a bird trying to take the hunter away from chicks.

There are numerous types of hunting traps and trap mechanisms. They apply four principles:

Impact trap usually hits, the loop chokes or delays. Springy settings can make the trap more powerful and lift prey off the ground. The higher the tree, the more reliably it hangs the victim. The net often immobilizes when some pitfalls can combine several of these principles.

The foothold trap is one of the most widespread trapping systems for animals. Trap hunting is passive but no less effective because of this. The secrets of victorious hunting are passed down from generation to generation.

Foothold traps are self-traps, which are the most ancient tools for catching forest animals, such as:

For the hunt’s success, you should know the habits of the animal, be able to set a trap correctly, apply weld and bait.

The principle of operation of this example of types of hunting traps is an imbalance in the structure by the intervention of the creature, which stimulates the trigger. There are two types of intervention: an animal’s attempt to get bait from a trap and when it grazes the guard thread on the path.

Body gripping traps are placed on any animal, except ungulates. The most straightforward watch mechanism is a massive slug resting on a vertical stick, under which there is a bait plank; the creature, taking the bait, brings down a slug on itself. More serious traps were made with unique cameras so that the injured animal did not fall victim to predators.

A snare is a wire or rope loop installed so that the animal must stick its head into it. In this case, the circle is tightened, damaging the victim.

When placing snares, examine them systematically. It is unfortunate if an animal of different species, bigger, is caught in a loop placed on a particular type of animal. The snare can be tightened not on the neck but the paw of the animal. Then it can gnaw off the trapped foot or, by attempting to relieve itself, attract the attention of another predator. In the latter case, your prey may not be yours at all. Consequently, you need to monitor traps and snares more often to ensure that they are performing their function.

The trap cage is one of the most humane means of trapping animals:

This is a very effective device, as the animal runs inside for the bait, and the cage doors close, not allowing it to exit. This hunting method can be considered one of the most civilized.

In addition to fishing with a line and spinning rods, many other fishing methods are applied. One of the easiest ways is fishing with a trip. A trap set at the end of the pier or next to thickets of reeds is an excellent trap for fish, which traps perch and pike. You can trap tench, roach, live bait in shallow waters, and in winter, the burbot is caught under the ice at shallow depths.

In survival circumstances, traps can protect the hunter. There are survival traps for this. They will help you capture animals, which will give you valuable meat. In contemporary hunting, the most extensively used are hunting rifles and self-traps — traps, wooden traps, trapping nets, boxes, and other snares, less often hunting animals.

Hunting is controlled by law, so permission to use traps must additionally be monitored. Therefore, there are some prohibitions on hunting. For rational use of hunting animals, protection of wild animals, as well as their habitat, it is prohibited:

Hunting is stalking and capturing animals and birds that are wild and in a state of complete freedom. Depending on the purposes, hunting is conventionally distinguished between commercial, sports-amateur, and scientific. Hunting for animals and birds is carried out both on the scale of industrial hunting and on beginner or sports hunting. The only difference between them is that the captured animals are handed over to state organizations during commercial hunting. During amateur one, the prey remains in personal use.

Hunting for wild animals and birds is one of the most ancient branches of human activity. It’s known to almost all communities. Hunting rules provide for the use of hunting firearms, the assistance of hunting dogs, or hunting birds by any citizen who is a member of the hunter society.

One of the problems is the constant misunderstanding of the significance of hunting with traps. Yet, for numerous experienced trappers, trap hunting is one of the most effective conservation measures. For instance, the hunter helps endangered species such as the partridge by trapping predators such as foxes or raccoons.

FacebookTwitterPinterestRedditLinkedinGoogle
8.7 / 10
Types of Hunting Traps
The team that worked on this review
Related articles
We will be happy to hear your thoughts 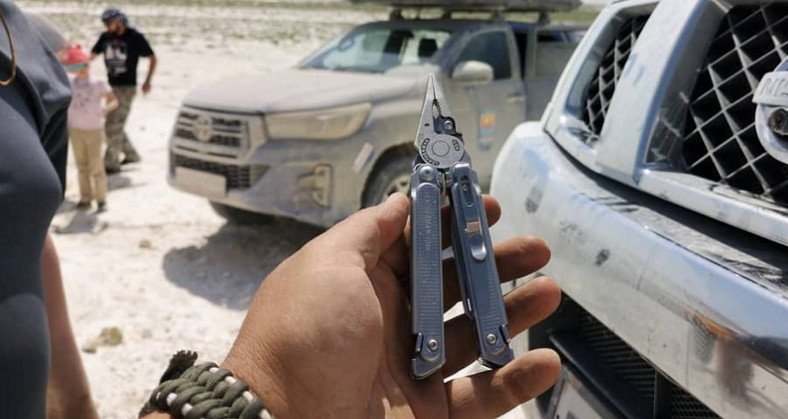 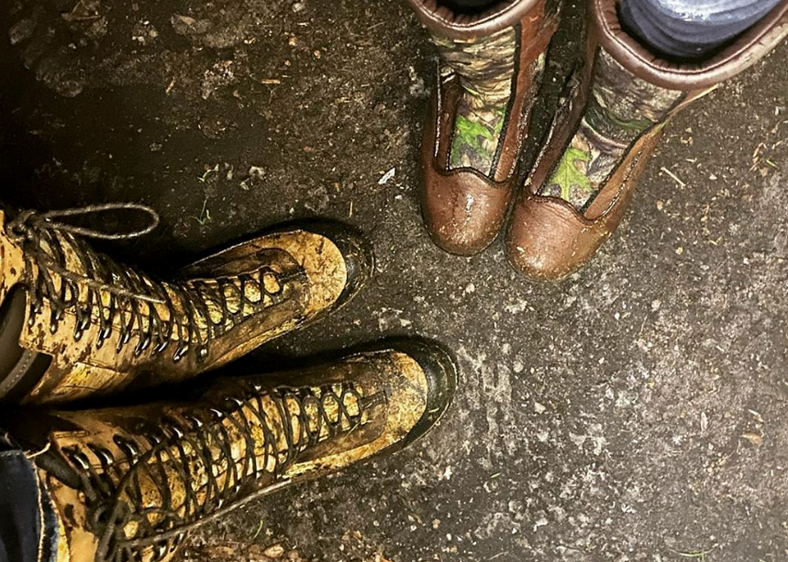 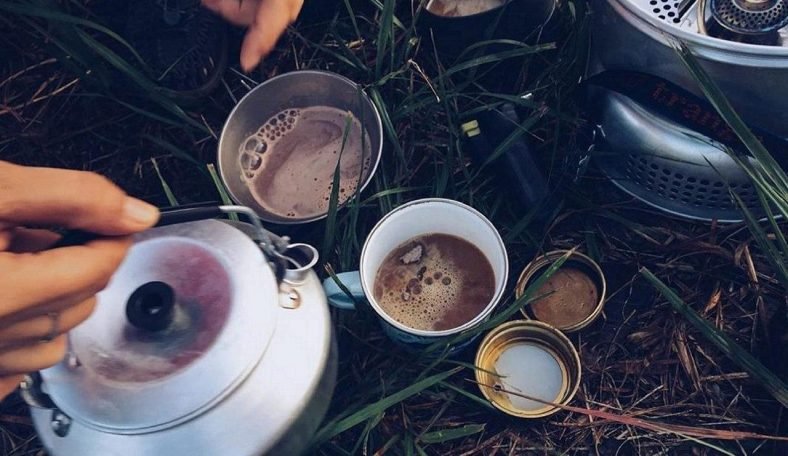 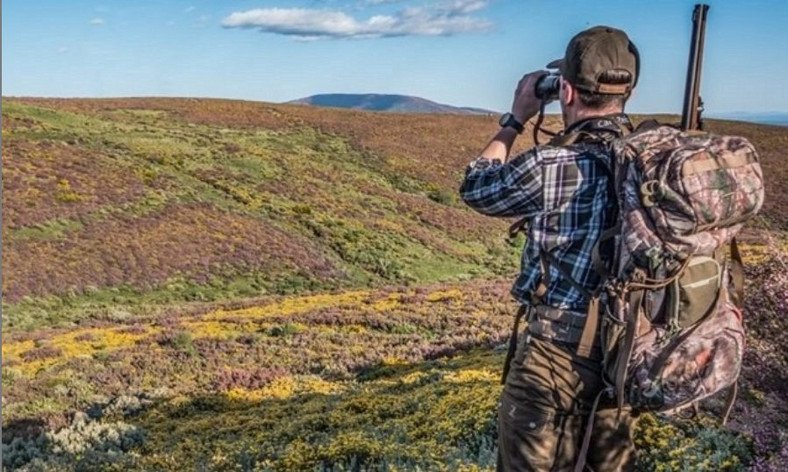